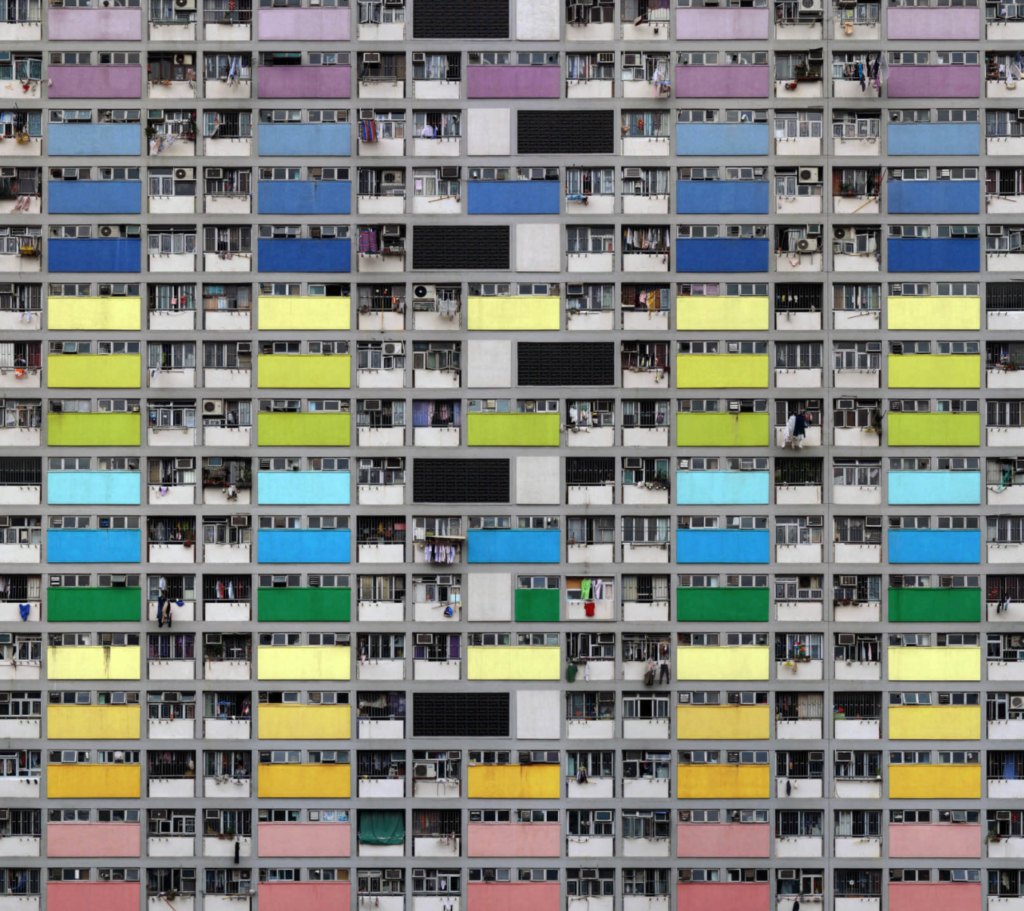 In this conversation, which originally took place at the 2018 edition of Photo London, Michael Wolf talks to academic and critic Francis Hodgson. They discuss Wolf’s practice, which made maximum use of twenty-first-century photographic technology and tools in interesting ways.

Wolf’s work focuses on the architecture and vernacular culture of city living, often in megacities such as Hong Kong and Tokyo. He was happy to use modern imaging systems, such as Google Street view, or to incorporate vernacular art. He was a photographer of the new expanded photography, as much a curator, editor and collector as a user of traditional cameras. Some of his work deals with densely packed housing, where architecture becomes abstracted into planes of lines and colours, and the human dimension is almost lost. At other times, as in his famous series Tokyo Compression, which treats the experience of commuters taking the Tokyo trains, he looked at the physical consequences of overpopulation on a human scale.

Michael Wolf is known for capturing the hyper-density of cities, such as Hong Kong, Tokyo and Chicago in his large-scale photographs of high-rise architecture and intimate studies of the lives of city dwellers. Michael Wolf’s work on life in cities was always driven by a profound concern for the people living in these environments and for the consequences of massive urbanization on contemporary civilization. This commitment and engagement remained central throughout his career, first as a photojournalist and then as an artist. Born in Munich in 1954, Wolf grew up in Canada, Europe, and the United States, studying at University of California, Berkeley and under Otto Steinert at the Folkwang School in Essen, Germany. He moved to Hong Kong in 1994, where he worked for eight years as a contract photographer for Stern Magazine, before moving on from photojournalism in 2003 to focus on his personal work. Wolf published more than 10 books, including the critically acclaimed titles Tokyo Compression and Architecture of Density.