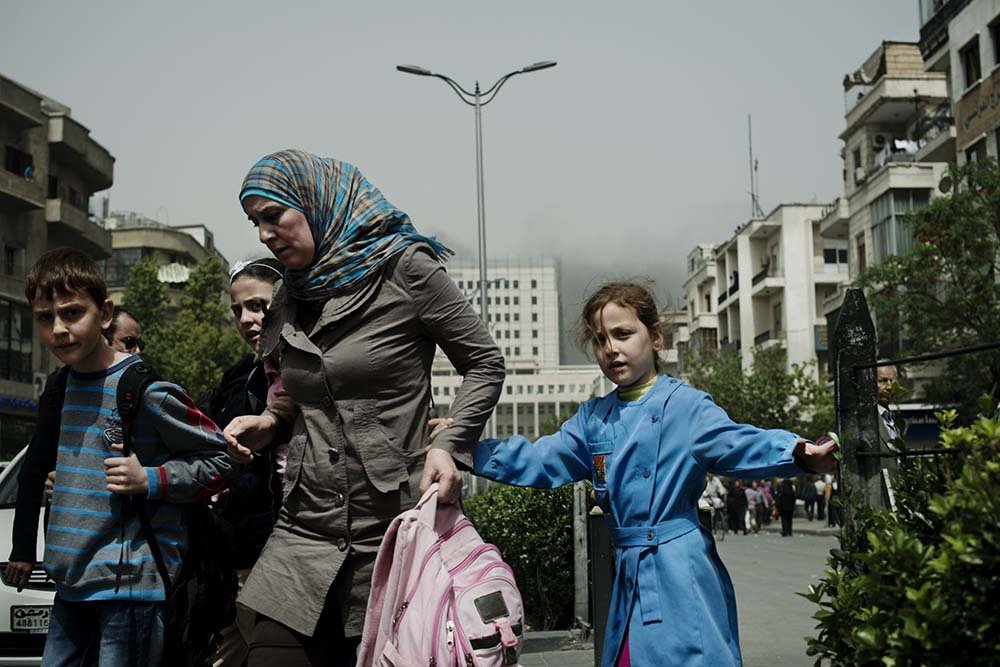 A woman rushes her children out of school and away from the scene of a car bomb in central Damascus which killed at least 25 people.
April 8, 2013. (Andrea Bruce/ for The New York Times)

The Black Lives Matter movement has forever changed the dimensions of civil responsibility in the U.S, indeed Jon Lowenstein will discuss his work following BLM activist Jedidah Brown. Andrea Bruce will share an exclusive sneak-peek into her project “Our Democracy” that explores how the meaning of democracy itself can vary from one community to another. 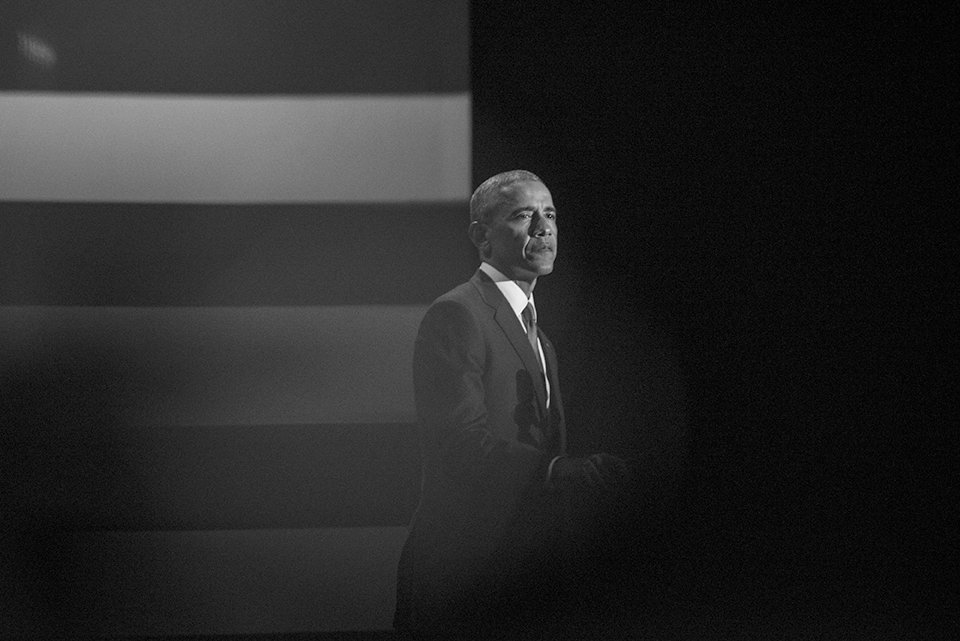 Andrea Bruce (USA) is a multi-award-winning documentary photographer who brings attention to people living in the aftermath of war. She concentrates on the social issues that are sometimes ignored and often ignited in war’s wake. Andrea started working in Iraq in 2003, following the intricacies and obstacles of the conflict experienced by Iraqis and the US military. For over ten years she has chronicled the world’s most troubled areas, focusing on Iraq and Afghanistan. For eight years she worked as a staff photographer for The Washington Post and later as part of the VII Network (2010-2011). At The Post, she originated and authored a weekly column called “Unseen Iraq.” She also worked at The Concord Monitor and The St. Petersburg Times and after graduating from The University of North Carolina at Chapel Hill. Currently, Andrea Bruce is a CatchLight Fellow and a National Geographic Explorer.

US photojournalist Jon Lowenstein specialises in long-term in-depth documentary explorations confronting power, poverty, racial discrimination and violence. His ‘Shadow Lives USA’ project follows the migrant trail from Central America and his assignments have included earthquake aftermath in Haiti and social violence in Guatemala. Lowenstein’s commitment to social justice through community engagement runs both deep and long. As a son of a holocaust survivor he’s particularly interested in Diaspora communities and the struggle for autonomy and personal security. He has spent the past decade engaging his adopted community on Chicago’s South Side where he taught photography in the Chicago Public Schools, ran a community newspaper and is currently creating the South Side Imagination Center in conjunction with fellow community members. He has won several awards and is a TED Global Fellow.