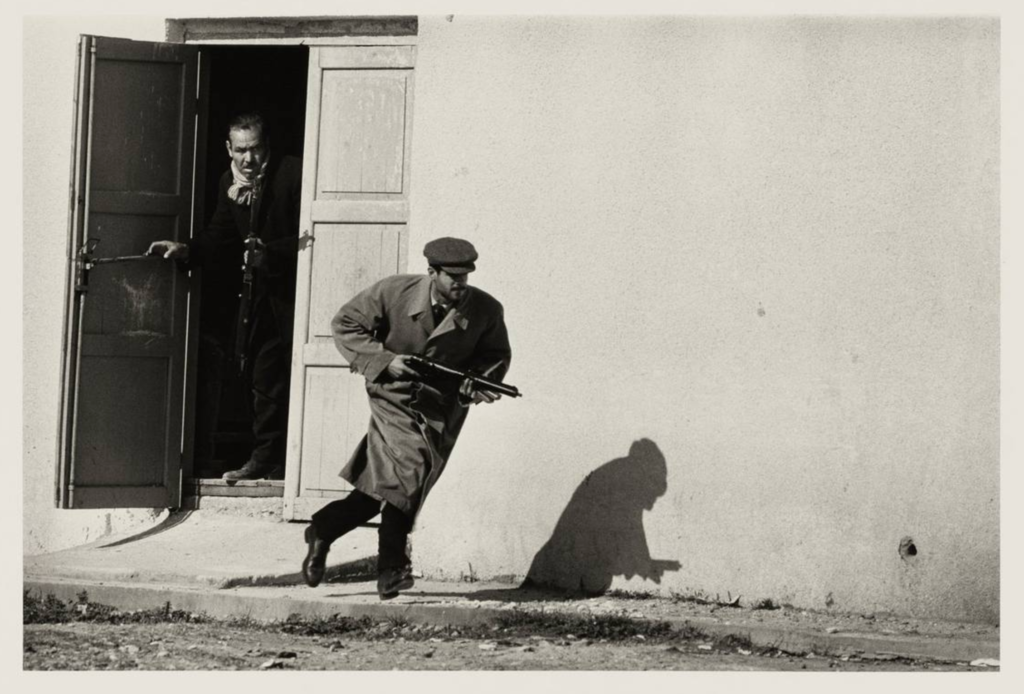 Don McCullin is one of our greatest living photographers. Few have enjoyed a career so long; none one of such variety and critical acclaim. For the past 50 years, he has proved himself a photojournalist without equal, whether documenting the poverty of London’s East End, or the horrors of wars in Africa, Asia or the Middle East. Simultaneously he has proved an adroit artist capable of beautifully arranged still lifes, soulful portraits and moving landscapes.

Following an impoverished north London childhood blighted by Hitler’s bombs and the early death of his father, McCullin was called up for National Service with the RAF. After postings to Egypt, Kenya and Cyprus he returned to London armed with a twin reflex Rolleicord camera and began photographing friends from a local gang named The Guv’nors. Persuaded to show them to the picture editor at the Observer in 1959, aged 23, he earned his first commission and began his long and distinguished career in photography more by accident than design.

In 1961 he won the British Press Award for his essay on the construction of the Berlin Wall. His first taste of war came in Cyprus, 1964, where he covered the armed eruption of ethnic and nationalistic tension, winning a World Press Photo Award for his efforts. In 1993 he was the first photojournalist to be awarded a CBE.