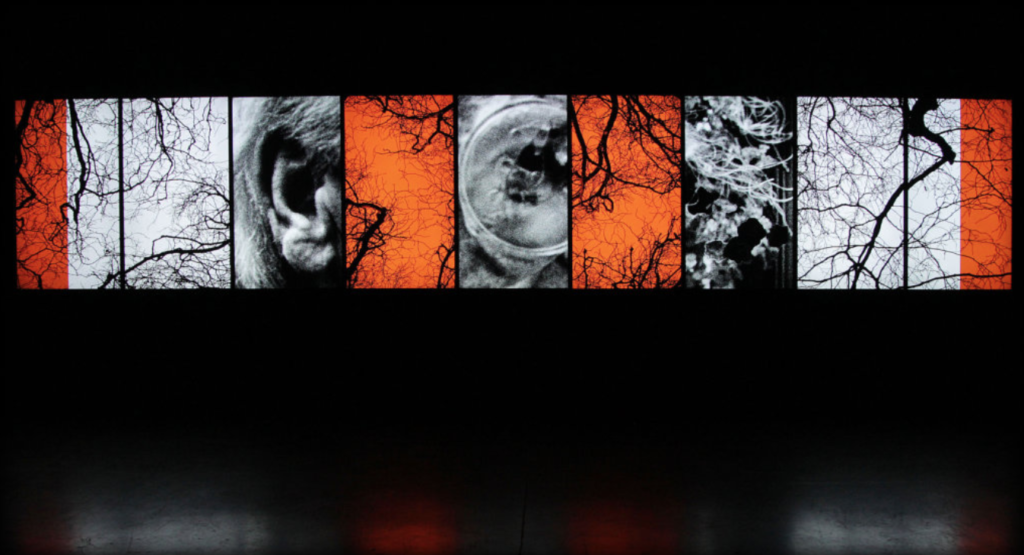 Made in Dublin is a powerful nine-screen, surround-sound panoramic about a city on the move. It presents a continually changing cycle of events played out by the movement of people caught up in time and place. And that place is Dublin.

Built around the Dublin photographs of Eamonn Doyle, with production design by Niall Sweeney, music by David Donohoe and with the words and voice of Kevin Barry, Made In Dublin is a choreography of the city; its population, body and psyche — their combined forces continuously shaping and wearing away at the autonomy of the other.

Born in Dublin in 1969, Eamonn Doyle graduated with a Diploma in Photography from IADT in 1991. He spent much of the next twenty years producing music and working in the independent music business, founding the Dublin Electronic Arts Festival (DEAF) alongside the record labels D1 Recordings and Dead Elvis. He returned to photography in 2008. His debut photobook i, described by Martin Parr as ‘the best street photo book in a decade’ was published in March 2014. Most of his work is produced in and around the Dublin city centre location where he has lived for the past 20 years.

Sean O’Hagan writes about photography for the Guardian and is a general feature writer for the Observer. He has written essays for several photobooks including Made in Dublin by Eamonn Doyle (Thames & Hudson); Caspian: The Elements by Chloe Dewe Matthews (Aperture/Peabody) and Ex Voto by Alys Tomlinson (GOST Books). In 2018, he curated The Lost Moment: Civil Rights, Street Protest and Resistance, 1968-69 for the Gallery of Photography, Ireland.