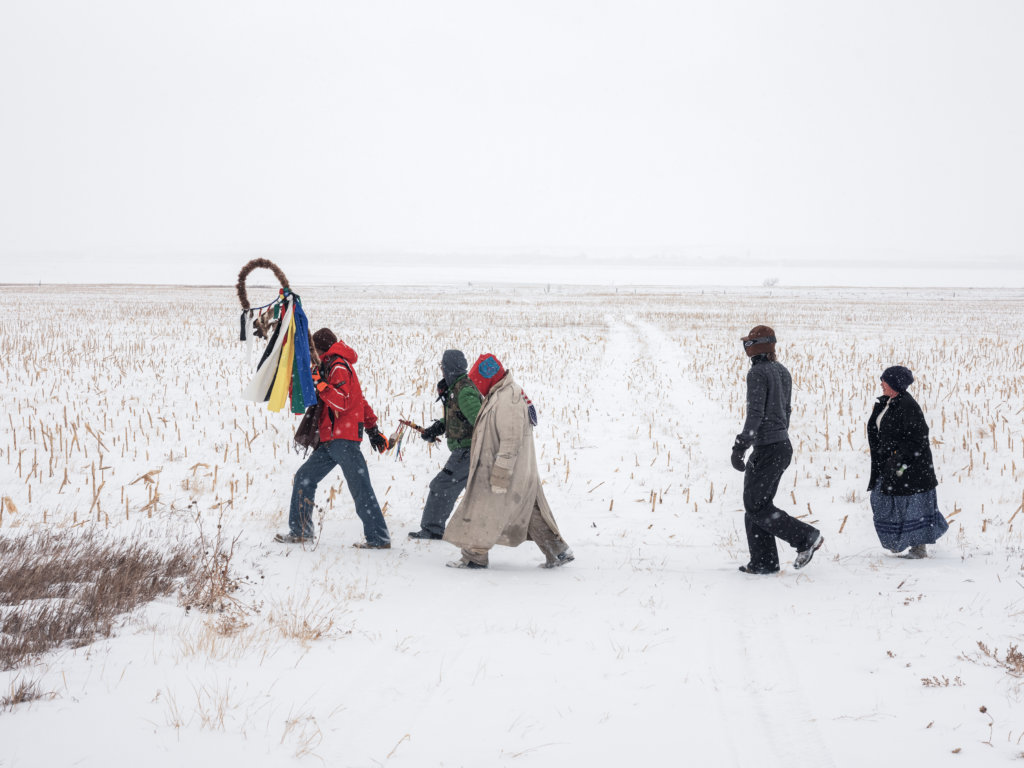 Mitch Epstein discusses his series Property Rights which was instigated by his visits to Standing Rock in 2017. The series has evolved to address the quintessentially American question of “who owns the land and by whose authority?”. It looks at the varied stakes in the battles over land usage and eminent domain: access to water; preservation of wilderness and historical sites; the ability to cross our Southern border; access to land for mining. These photographs are an effort to better understand our landscape and why resistance has become a way of life for so many 21st century Americans.

Mitch Epstein is a fine-art photographer who helped pioneer fine-art colour photography in the 1970s. In 2011 he won the Prix Pictet Growth photography award with his series entitled American Power. His photographs are in numerous major museum collections, including New York’s Museum of Modern Art, Metropolitan Museum of Art, and Whitney Museum of American Art; The J. Paul Getty Museum in Los Angeles; the San Francisco Museum of Modern Art; and the Tate Modern in London. Epstein has worked as a director, cinematographer, and production designer on several films, including Dad, Salaam Bombay!, and Mississippi Masala. He lives in New York City.

Yasufumi Nakamori is Senior Curator of International Art (photography) at Tate Modern. He leads on the development of Tate’s collection of photography and on the programme of photography exhibitions and displays. From 2016 to 2018, Nakamori headed the department of photography and new media at the Minneapolis Institute of Art, developing new displays of photography and time-based media within the context of a global encyclopedic art museum, including staging exhibitions with Leslie Hewitt, Omer Fast, Naoya Hatakeyama and Amar Kanwar. From 2008 to 2016, he served as curator of photography at the Museum of Fine Arts, Houston, creating ground-breaking exhibitions such as Katsura: Picturing Modernism in Japanese Architecture, Photographs by Ishimoto Yasuhiro (a recipient of the 2011 Alfred H. Barr Jr. Award for Smaller Museums), and For a New World to Come: Experiments in Japanese Art and Photography, 1968-1979.