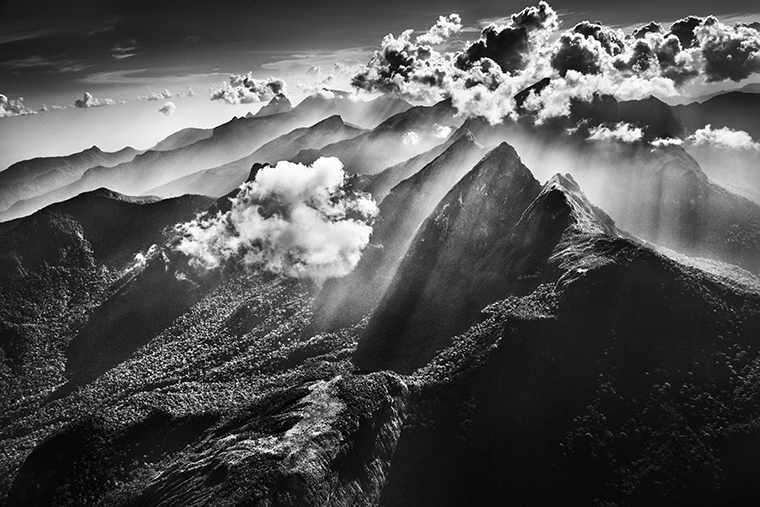 One of the most recognised photographers working today, Salgado is primarily known for his long-term social documentary projects. His latest, ‘Amazônia’, took six years to complete. During this time, Salgado travelled the Brazilian Amazon photographing a dozen indigenous tribes and the unparalleled beauty of this extraordinary region.

To celebrate the recent opening of ‘Amazônia’ at the Science Museum in London, we are delighted to release on our Archive Sebastião Salgado’s conversation with gallerist Peter Fetterman, where he brings us behind the scenes of this project and on a journey through the Amazon with him.

This talk took place earlier this year as part of Photo London’s Book Club live events, to coincide with the UK launch of Salgado’s ‘Amazônia’ book published by TASCHEN.

Sebastião Salgado, born in 1944 in Minas Gerais, Brazil, lives in Paris, France. He is married to Lélia Wanick Salgado. They have two sons and two grandchildren. Having studied economics, Salgado began his career as a professional photographer in 1973 in Paris, working with photo agencies among which Magnum Photos until 1994, when he and Lélia Wanick Salgado founded Amazonas images, formed exclusively for his work. Today this structure is their studio. He travelled in over 100 countries for his photographic projects. Beyond press publications his work was presented in books such as Other Americas, 1986. Sahel: l’homme en détresse, 1986. Sahel: el fin del camino, 1988. Workers, 1993. Terra, 1997. Migrations and Portraits, 2000. Africa, 2007. Genesis, 2013. The Scent of a Dream, 2015. Kuwait, a desert on fire, 2016 and Gold, Serra Pelada Gold Mine, 2019. All these books have been edited, conceived and designed by Lélia Wanick Salgado. Touring exhibitions of these works have been, and continue to be, presented in museums and galleries throughout the world. A majority of these have been curated by Lélia Wanick Salgado.

In 2013 came out the book De ma terre à la Terre (From my land to the planet), a narrative account of Salgado’s life and career, written by French journalist Isabelle Francq. In 2014, came out the documentary film The Salt of the earth, co-directed by Wim Wenders and Juliano Ribeiro Salgado. Selected for major film festivals, it won the Special Prize at the 2014 Cannes Film Festival in the ‘’Certain Regard’’ section, as well as France’s César Award for Best Documentary Film in 2015, and a nomination for the Academy Award for Best Documentary at the 87th Academy Awards. Salgado has completed a photographic project about Brazil’s Amazon forest and its inhabitants, the indigenous communities; it aims to raise awareness of the threats they face from illegal logging, gold mining, dam building, cattle and soybean farming and, increasingly, from climate change. This work is scheduled to be presented to the public in 2021, in the form of books and exhibitions, titled AMAZÔNIA.

Sebastião Salgado is a UNICEF Goodwill Ambassador, and among other distinctions, he was named an honorary member of the Academy of Arts and Sciences in the USA. He received numerous photographic prizes and prestigious honors, such as the Grand Prix National, Ministry of Culture, France ; the Príncipe de Asturias Award for Arts, Spain ; the Medal of Presidenza della Repubblica Italiana, International, Research Center Pio Manzù, Italy. He was named Comendador da Ordem do Rio Branco in Brazil, and Commandeur de l’Ordre des Arts et des Lettres, Ministry of Culture in France. In 2016, Salgado was elected member of the Académie des Beaux-Arts of Institut de France, and the same year, France named him Chevalier (Knight) de la Légion d’Honneur. In 2018, he was made Chevalier de l’Ordre du Mérite Culturel by the Principality of Monaco. In 2019, he was elected Foreign Honorary Member of the American Academy of Arts and Letters, New York, USA and honored with the Peace Prize of the German Book Trade, Germany. In 2021, Salgado received the 27th Annual Crystal Award, the World Economic Forum/Davos. Since the 1990’s, Lélia and Sebastião have decided to go beyond recording the condition of the planet and become directly engaged themselves by reforesting a family property in the Brazilian state of Minas Gerais with the original species of the Atlantic forest. Like so many others farms in the region, the land had been cleared of trees to accommodate cattle but, decades later, was eroded and unproductive. Through the Instituto Terra, as the project is named, over the past 20 years, 2.5 million saplings of native species have been planted and 800 hectares restored. And in the process, not only have streams been revived, but long-absent insects, birds and animals have also returned. The Instituto is dedicated to a mission of reforestation, conservation and environmental education.

Born in London, Peter Fetterman has been deeply involved in the medium of photography for over 40 years. Initially a filmmaker and collector, he set up his first gallery over 30 years ago in 1988. He was one of the pioneer tenants of Bergamot Station, the Santa Monica Center of the Arts when it first opened in 1994. The gallery has one of the largest inventories of classic 20th Century photography in the country particularly in humanist photography. Diverse holdings include work by Henri Cartier-Bresson, Sebastião Salgado, Steve McCurry, Ansel Adams, Paul Caponigro, Willy Ronis, André Kertesz, Manuel Alvarez Bravo, Lillian Bassman, Pentti Sammallahti, Sarah Moon and Jeffrey Conley. Peter and his colleagues are committed to promoting the awareness and appreciation of the most powerful of the mediums in an intimate, user-friendly salon environment.