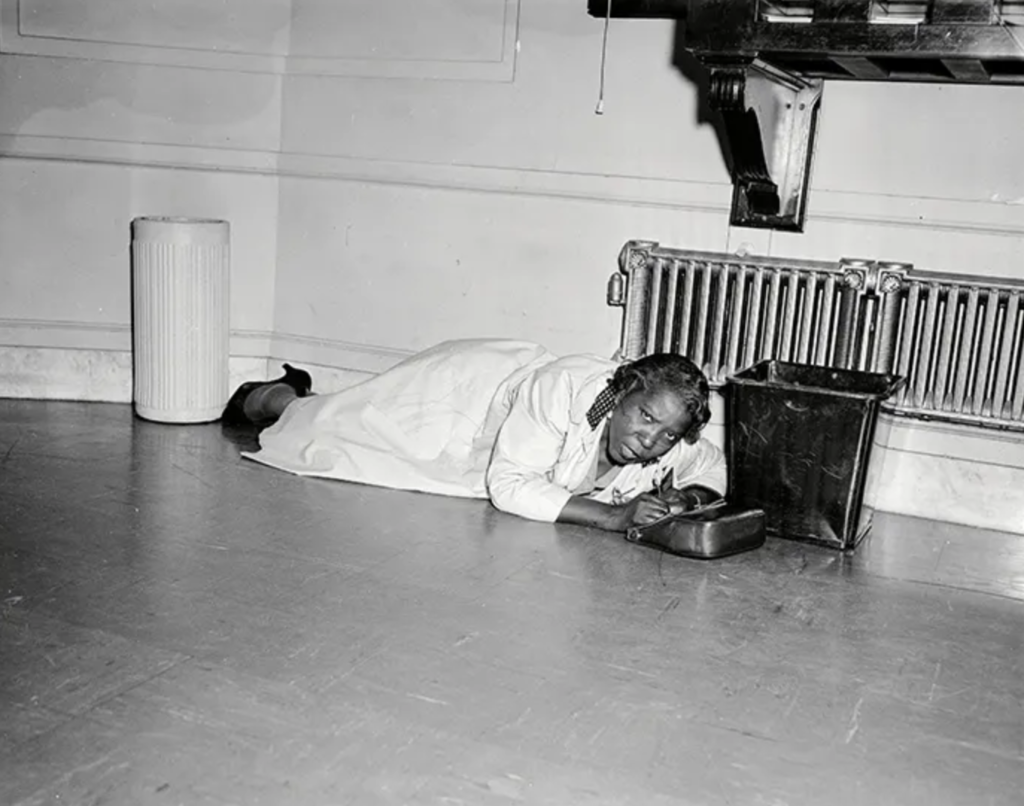 Stanley Wolukau-Wanambwa discusses his book One Wall a Web, which gathers together work from two photographic series, Our Present Invention (2012-14) and All My Gone Life (2014-17), as well as two text collages all made in and focused specifically on the United States. Through a mixture of writing, portraiture, landscape and appropriated archival images, the book describes quotidian encounters with fraught desire, uneven freedom, irrational fear and deep structural division, asking whether the historical and contemporary realities of anti-Black and gendered violence—when treated as aberrations—do not, in fact, serve to veil violence’s essential function in the maintenance of ‘civil’ society.

Stanley Wolukau-Wanambwa is a photographer and a writer who has contributed essays to publications by Vanessa Winship, George Georgiou, Rosalind Fox Solomon, Marton Perlaki and Paul Graham, been an artist-in-residence at Light Work, guest-edited the Aperture Photobook Review, and written for Aperture, FOAM, the Barbican, The Photographer’s Gallery and Rutgers University Press. His debut monograph, One Wall a Web, was published by ROMA Publications in 2018 and was awarded the Paris Photo–Aperture Foundation First PhotoBook Award. He has lectured at Yale, Cornell, New York University and The New School.

Eugenie Shinkle is a photographer, writer and Reader in Photography at the University of Westminster. She writes and lectures widely on a range of topics including architecture, landscape, fashion photography, affect, and human-technology relations. She writes for various publications such as Foam, Aperture, Fashion Theory, American Suburb X, and The Journal of Architecture. Recent work includes Fashion Photography: the Story in 180 Pictures (Aperture/Thames & Hudson 2017) and ‘Painting, Photography, Photographs: George Shaw’s Landscapes’, in George Shaw: A Corner of a Foreign Field (Yale University Press 2018).