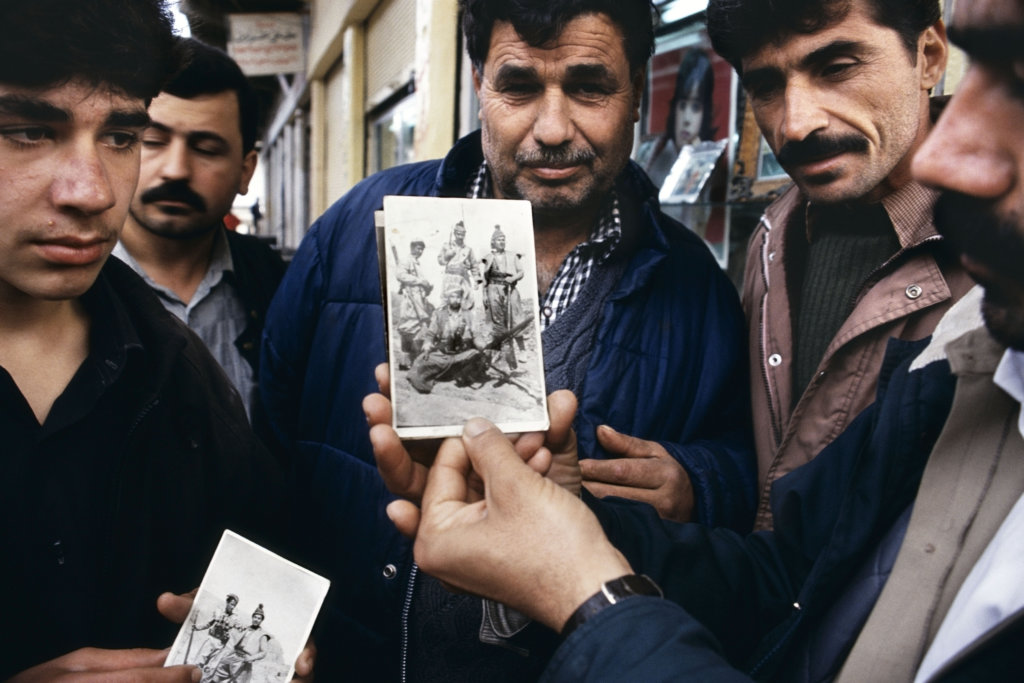 In this conversation, Joanna Webster will focus on the series Kurdistan, a body of work produced by Susan Meiselas during her time spent with the Kurds after the Gulf war.

Susan Meiselas is a documentary photographer who lives and works in New York. She is the author of Carnival Strippers (1976), Nicaragua (1981), Kurdistan: In the Shadow of History (1997), Pandora’s Box (2001), Encounters with the Dani (2003) Prince Street Girls (2016) and A Room Of Their Own (2017). She has co-edited two published collections: El Salvador, Work of 30 Photographers (1983) and Chile from Within (1990), rereleased as an e-book in 2013, and also co-directed two films: Living at Risk (1985) and Pictures from a Revolution (1991) with Richard P. Rogers and Alfred Guzzetti. Meiselas is well known for her documentation of human rights issues in Latin America. Her photographs are included in American and international collections. In 1992 she was made a MacArthur Fellow and most recently was awarded a Guggenheim Fellowship (2015). Mediations, a survey exhibition of her work from the 1970s to present was recently exhibited at the Fundació Antoni Tàpies, Jeu de Paume, and the San Francisco Museum of Modern Art.

Joanna Webster is Deputy Global Editor, Visuals, at Thomson Reuters. Jo joined Reuters in 2009 as a senior producer for Insider Financial TV. In 2015, she launched Reuters TV – a flagship consumer TV offering designed to showcase Reuters award-winning journalism and geographical reach on cutting-edge digital platforms. As Global Editorial Director, Jo built a team of 50 video journalists and technical staff to produce around-the-clock programming, putting users in control of what they watch and how they watch it.

Prior to Reuters, Jo had a front-row seat to the 2007 financial crisis as a producer and on-screen reporter for CNBC Television, accumulating more than 3,000 hours of live TV gallery experience. She has also delivered major outside broadcasts, including ‘Davos Today’ for the World Economic Forum annually.

Jo is a keynote and Tedx speaker, as well as a qualified hatha yoga instructor.