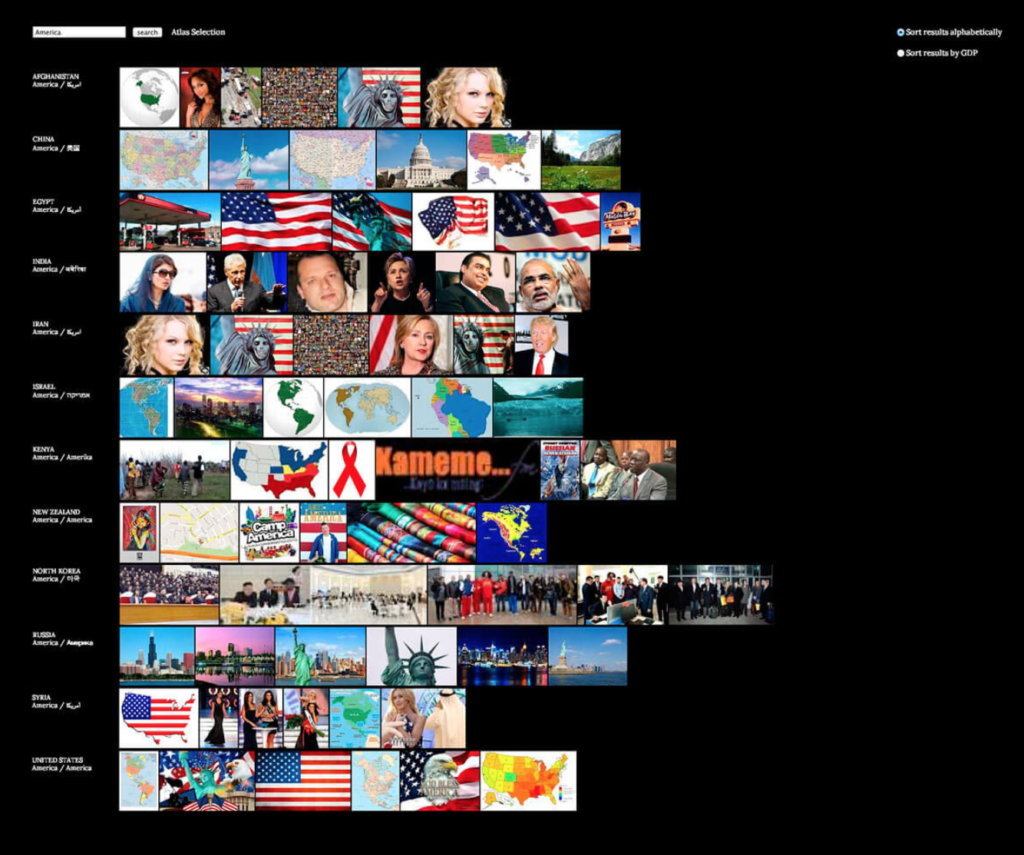 Photo London selected Taryn Simon as its Master of Photography for 2017 in recognition of her groundbreaking work. Taryn Simon is a multi-disciplinary artist whose work involves extensive research, guided by an interest in systems of categorisation and the precarious nature of survival. James Lingwood has been Co-Director of Artangel since 1991.

In 2017, Photo London presented a major exhibition of Taryn’s work, Image Atlas, as part of the Public Programme.

Born in 1975 in New York, artist Taryn Simon received a BA in art semiotics from Brown University in 1997, while concurrently taking photography classes at the Rhode Island School of Design. Her practice incorporates photography, text, and graphic design. Known for applying classification systems to troves of images, Simon produces heavily researched bodies of work that unearth little-known narratives from around the world, while undermining the faith placed in the objectivity of image and archival text.

Simon’s art often uncovers the unexpected effects of geopolitical forces and large-scale policies on the lives of individuals as well as the fates of the communities they form. An early series, The Innocents (2003), which stemmed from a 2000 assignment from the New York Times, catalogued the individual histories of people who had been exonerated of crimes through the use of DNA evidence. Fueled by her realization that photography as a medium had often contributed to her subjects’ faulty convictions, whether as a component of police lineups or prosecutors’ cases, Simon documented her subjects at sites significant to their histories, such as the locations of their arrests or of eyewitness misidentifications. The project was also published as a book, as was a subsequent project, An American Index of the Hidden and Unfamiliar (2007). Among the many sites and objects, Simon photographed for the latter series were a nuclear waste storage facility, a copy of Playboy in braille, and a vial of live HIV; these subjects were selected for both their inaccessibility to most Americans and their centrality to American narratives and myths.

Simon continued to scrutinize taxonomic traditions by foregrounding unexpected associations between objects, or troves of cultural signifiers, in a number of ensuing projects, including Black Square (2006–12), a compendium of surprising or otherwise noteworthy curios, inventions, documents, and creatures, photographed and presented in the exact dimensions of Kazimir Malevich’s 1915 work of the same title. Her Birds of the West Indies (2013–14) catalogued the women, weapons, vehicles, and birds appearing in all twenty-four James Bond films.

In addition to developing these deeply investigative projects, Simon has also participated in several notable collaborations, including Image Atlas (2012), a piece she built in collaboration with programmer and Internet activist Aaron Swartz. A website tool, Image Atlas allowed users to compare and contrast the variety of images retrieved by local search engines when given the same terms as input.

Simon’s work was featured in the Gwangju Biennial, South Korea (2008), and the Danish Pavilion at the Venice Biennale (2011). Her art has been the subject of monographic exhibitions at the Whitney Museum of American Art, New York (2006); Tate Modern, London (2011); The Museum of Modern Art, New York (2012); the Museum of Contemporary Art, Los Angeles (2012); and Ullens Center for Contemporary Art, Beijing (2013). Group shows include Reality Check: Truth and Illusion in Contemporary Photography at the Metropolitan Museum of Art (2008); Seeing is Believing at KW Institute for Contemporary Art, Kunste-Werke Berlin e.V (2011); and Conflict, Time, Photography at Tate Modern, London (2014–15). Simon is based in New York City.