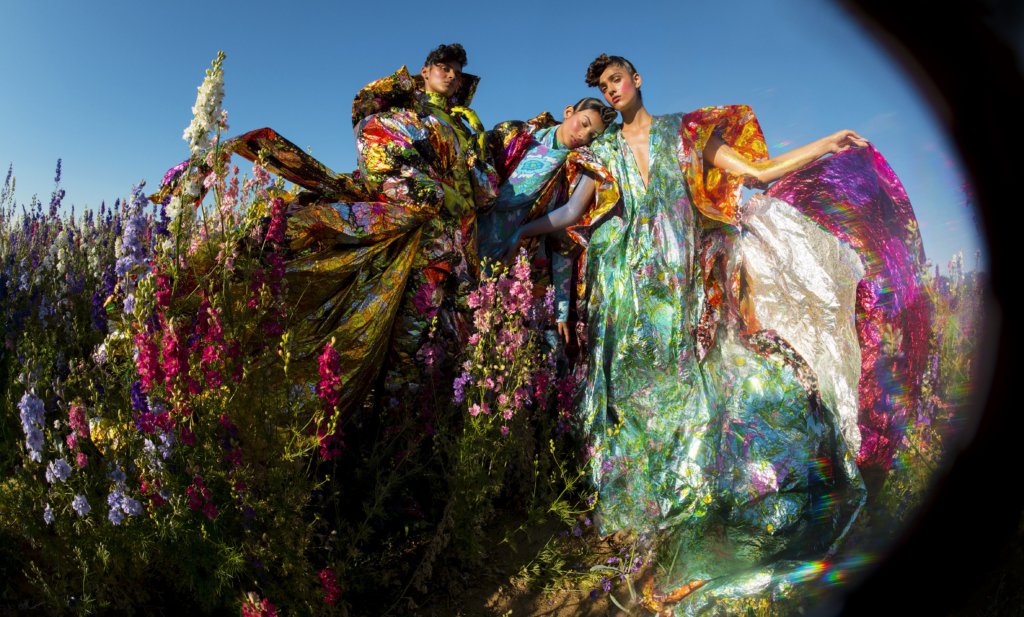 Tim Walker, one of the world’s most inventive photographers and contributor to magazines including Vogue, W and Love, in conversation with V&A Curator Susanna Brown. Tim and Susanna discuss Tim’s eclectic sources of inspiration, the importance of make-believe, and his newest and most ambitious collaborations.

Tim Walker’s photographs have entranced the readers of Vogue, month by month, for over a decade. Extravagant staging and romantic motifs characterise his unmistakable style. After concentrating on photographic stills for 15 years, Walker is now also making moving films. Born in England in 1970, Walker’s interest in photography began at the Condé Nast library in London where he worked on the Cecil Beaton archive for a year before university. After a three-year BA Honors degree in Photography at Exeter College of Art, Walker was awarded the third prize as The Independent Young Photographer Of The Year. Upon graduation in 1994, Walker worked as a freelance photographic assistant in London before moving to New York City as a full-time assistant to Richard Avedon. When he returned to England, he initially concentrated on portrait and documentary work for British newspapers. At the age of 25 he shot his first fashion story for Vogue and has photographed for the British, Italian, and American editions, as well as W Magazine and LOVE Magazine ever since. Walker staged his first major exhibition at the Design Museum, London in 2008. This coincided with the publication of his book ‘Pictures’ published by teNeues. In 2010 Walker’s first short film, ‘The Lost Explorer’ was premiered at Locarno Film Festival in Switzerland and went on to win best short film at the Chicago United Film Festival, 2011. 2012 saw the opening of Walker’s ‘Story Teller’ photographic exhibition at Somerset House, London. The exhibition coincided with the publication of his book, ‘Story Teller’ published by Thames and Hudson. In a 2013 collaboration with Lawrence Mynott and Kit Hesketh-Harvey, he also released The Granny Alphabet, a unique collection of portraiture and illustration celebrating grandmothers. Walker received the ‘Isabella Blow Award for Fashion Creator’ from The British Fashion Council in 2008 as well as the Infinity Award from The International Center of Photography in 2009. In 2012 Walker received an Honorary Fellowship from the Royal Photographic Society. The Victoria & Albert Museum and the National Portrait Gallery in London include Walker’s photographs in their permanent collections. Tim lives in London.

Susanna Brown has been Curator of Photographs at the V&A since 2008 and has produced internationally touring exhibitions and books on twentieth-century and contemporary subjects including Horst: Photographer of Style, Selling Dreams: One Hundred Years of Fashion Photography, Queen Elizabeth II by Cecil Beaton, and the forthcoming exhibition Tim Walker: Wonderful Things. Her research interests span documentary photography, portraiture and fashion image-making and she has contributed to recent publications on Vivien Leigh, Alexander McQueen, Mary Quant and Nick Veasey. The V&A is home to one of the world’s most important collections, comprising some 800,000 photographs. Highlights from the collection are displayed in the V&A Photography Centre, which opened to the public in October 2018. Susanna was a member of the curatorial team that devised the new Photography Centre and she curated the displays spanning 1920 to 1990.