ZELDA CHEATLE: THE PHOTOGRAPH THAT CHANGED MY LIFE 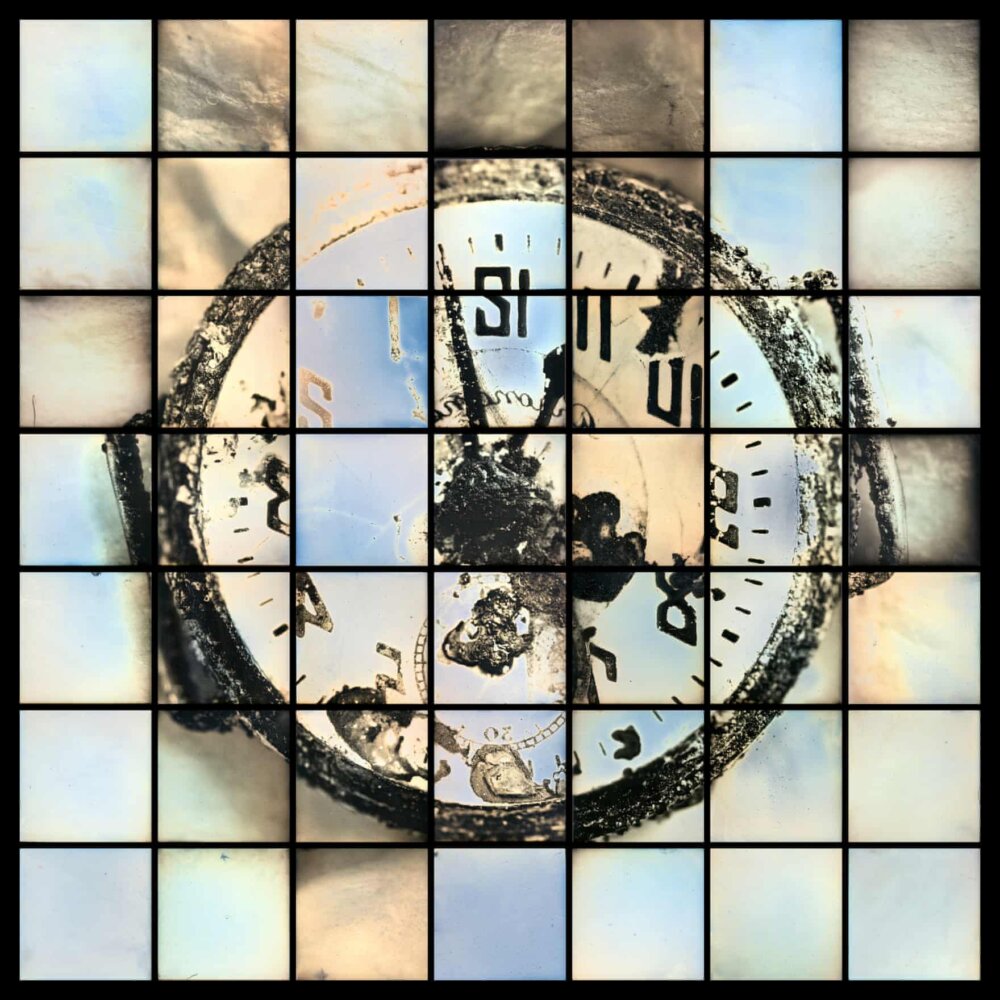 A Maquette for a Multiple Monument for the Wristwatch Dug Up from Ueno-machi, Nagasaki Atomic Bomb Museum (2014). © Takashi Arai. Chosen by Takashi Arai.

In her latest book ‘The Photograph That Changed My Life’ (Art Cinema, 2021), photography expert, curator and gallerist Zelda Cheatle collects over 50 photographers, filmmakers and collectors’ personal and pivotal encounters with pictures that changed their lives.

From Don McCullin to Alec Soth, each one picks a work that made them reconsider their own way of doing things.

Discover these incredible stories in the latest talk from our Archive, where four photographers featured in the book – Joy Gregory, Awoiska van der Molen, Duane Michals and Arthur Tress – join Zelda to discuss their own and other contributors’ choices.

This talk was originally organised by the FT Weekend as part of Photo London’s 2021 Talks Programme.

Zelda Cheatle’s life in photography and the arts has encompassed being a photographer, gallerist, publisher, curator, lecturer and author. She began her gallery career at The Photographers’ Gallery, working with internationally renowned photographers and emerging British artists using photography. In 1989, she started the Zelda Cheatle Gallery, where, until 2005, she exhibited important work by British and international artists – including Helen Chadwick, Eve Arnold, Berenice Abbott, Sarah Moon, Manuel Álvarez Bravo, Lee Miller, Robert Frank and Abbas Kiarostami among many others. Her gallery consistently showed young and emerging artists and the Zelda Cheatle Press published monographs of contemporary British artists and photographers. As lead curator for the World Photography Organisation for many years, Cheatle has spoken extensively about photography and its place as fine art. Her recent photographic exhibitions include Cecil Beaton in both the State Hermitage, St Petersburg and Blenheim Palace; Yan Wang Preston in China; photography from the Gulf countries exhibited in Riyadh, Saudi Arabia; the Dubai Photo Exhibition comprising 868 photo works; and a forthcoming show at the Royal Photographic Society in Bristol. Zelda Cheatle continues to curate and publish, to review and challenge photography.

Joy Gregory is an artist working with photography and related media who has developed a practice which is concerned with social and political issues, with particular reference to history and cultural differences in contemporary society. Her recent work includes I’m Home (‘ideas of home and family’), Alongside Matron Bell (‘celebrates the contribution of Black health workers and nurses to the establishment of the NHS’), Breaking Barriers (‘making visible the journeys of pioneering Black women who have overcome adversity to take their rightful place at the table’), and Breath Is Invisible: Invisible Life Force of Plants (‘things we cannot express with words’). Gregory graduated from Manchester Polytechnic and the Royal College of Art. As a photographer, she makes full use of the media from video, digital and analogue photography to Victorian print processes. She is the recipient of numerous awards and has exhibited all over the world showing in many festivals and biennales. Her work included in many collections including the UK Arts Council Collection; Victoria and Albert Museum; Institute of Modern Art, Brisbane, Australia; Wellesley College, Boston; and Yale British Art Collection.

Awoiska van der Molen is a Dutch artist whose black and white abstracted landscapes are made in response to her need to return to the ‘uncorrupted territory of nature’. She spends ‘long periods of time in remote areas – in absolute solitude – so as to allow nature to imprint its specific emotional qualities on me. Only a few images travel back with me to be hand-printed in the darkroom. Without titles or any indications as to their locations, the large-scale silver gelatin prints recreate my experiences of these secluded natural worlds, erasing boundaries of time and space between the viewer and the source.’ Van der Molen first studied architecture and design followed by photography at Minerva Art Academy Groningen and Hunter City University in New York. She gained her MFA in Photography at the St Joost Academy in Breda, Netherlands. In 2019 Van der Molen was shortlisted for the Prix Pictet; in 2017 her work was shortlisted for the Deutsche Börse Photography Foundation Prize and she was awarded the Larry Sultan Photography Award 2017. Van der Molen was awarded the Japanese Hariban Award in 2014. Her work is held in public and private collections worldwide.

Duane Michals is an American conceptual and fine art photographer. Renowned for his series, multiple exposures and sequences, he incorporates texts and drawings to convey a sense of alienation and disequilibrium or to make visible an abstract emotion. Over the past five decades, Michals’ work has been exhibited worldwide and he has received many awards and prizes, including the International Center of Photography Infinity Award for Art, the Foto España International Award, and an Honorary Doctorate of Fine Arts from Montserrat College of Art, Mass. His first solo exhibition was at the Museum of Modern Art in New York, and nearly half a century later the Morgan Library and Museum in New York mounted a career retrospective of Michals’ work. His 50th anniversary as a photographer was also celebrated with retrospectives at the Thessaloniki Museum of Photography, Greece, and the Scavi Scaligeri in Verona, Italy. Michals’ work is in the permanent collections of many international museums and institutions and has been the subject of many monographs. His archive is housed at the Carnegie Museum of Art, Pittsburgh. Michals lives and works in New York. City.

Arthur Tress was born in Brooklyn, New York and he began making photographs as a teenager in the surreal neighbourhood of Coney Island where he explored the decaying amusement parks. Later, during five years of world travel, he developed an interest in ethnographic photography that led him to his first professional assignment as a US government photographer recording the endangered folk cultures of Appalachia. Seeing the destructive results of corporate resource extraction, Tress began to use his camera to raise environmental awareness about the economic and human costs of pollution. A straight documentary approach gradually evolved into a more personal mode of ‘magic realism’ combining improvised elements of actual life with stage fantasy that became his hallmark style of directorial fabrication. Around 2002, Tress returned to gelatin silver, exploring more formalist themes in the style of mid-century modernism, often combining a spontaneous shooting style with a constructivist’s sense of architectural composition and abstract shape. Widely exhibited, Tress’s work is held in museums and collections worldwide, including the Whitney Museum of Art, New York; The Getty Museum, Los Angeles; the Metropolitan Museum of Art New York; MoMA, New York; Centre Pompidou, Paris. Arthur Tress lives in San Francisco.
Instagram: arthur_tress_official