Photo London in the Press

The 2018 Photo London Master of Photography Edward Burtynsky is interviewed by Tom Seymour for MR. PORTER. Seymour notes that this will be the first time Burtynsky exhibits images from Anthroposcene and that Photo London will provide the starting point for the photographs. The piece discusses elements of Burtynsky’s biography and how he came to prominence after struggling with how to work out what his relationship with photography was, and how he could make a living from it.

Country & Town House’s Caiti Grove has written a preview about Photo London, noting that the fair is “far from short on choice” and will be exhibiting works by Hans P Kraus Jr and Henry Fox Talbot. The article which is illustrated with two images by Elina Brotherus and Kyle Weeks, also outlines that Photo London will present rarely seen artists from the past such as Jerzy Lewczynski and surrealist Polaroid’s by Guy Bourdin. Caiti states that “this is a show to camp out at rather than merely visit”. 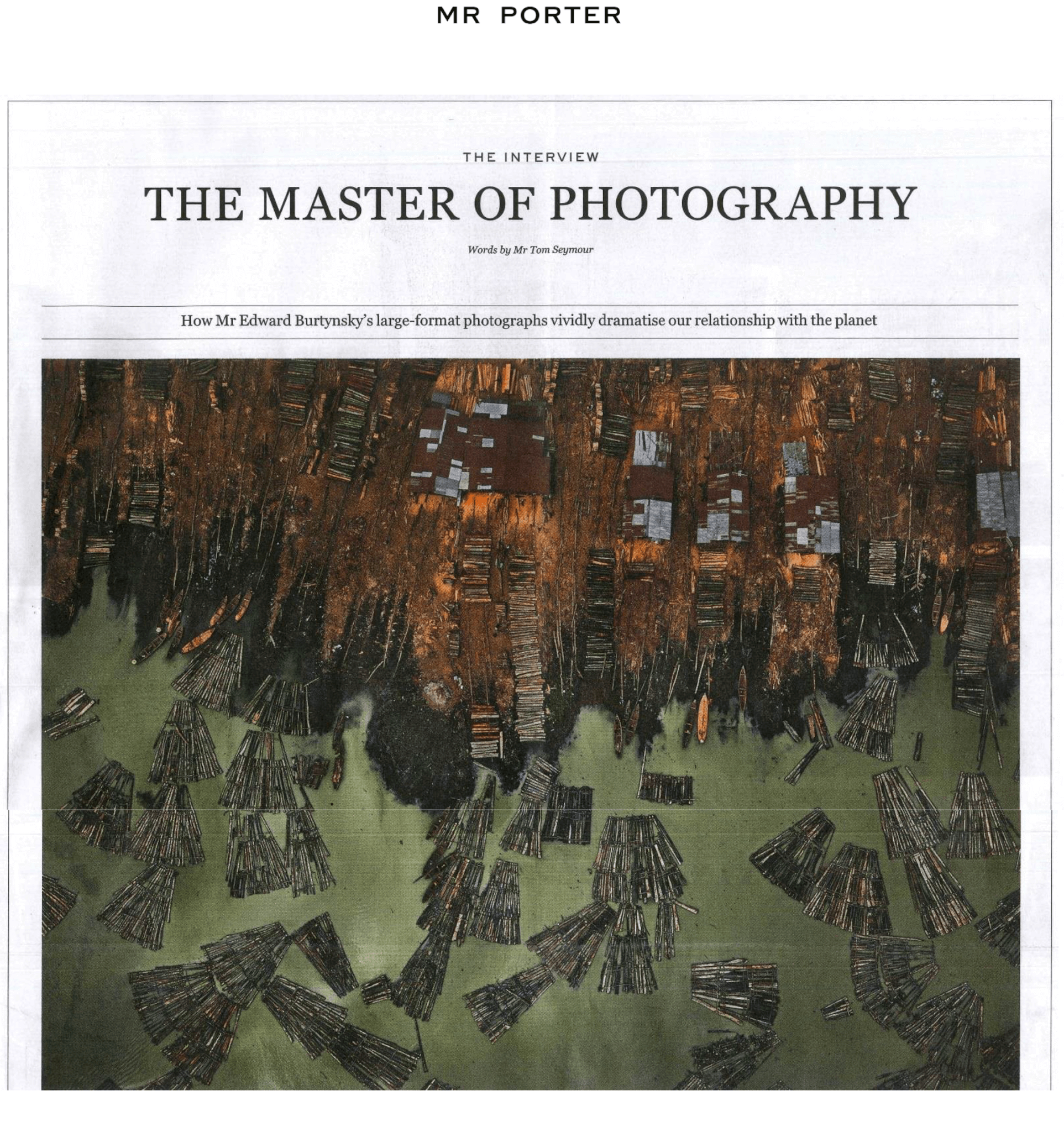 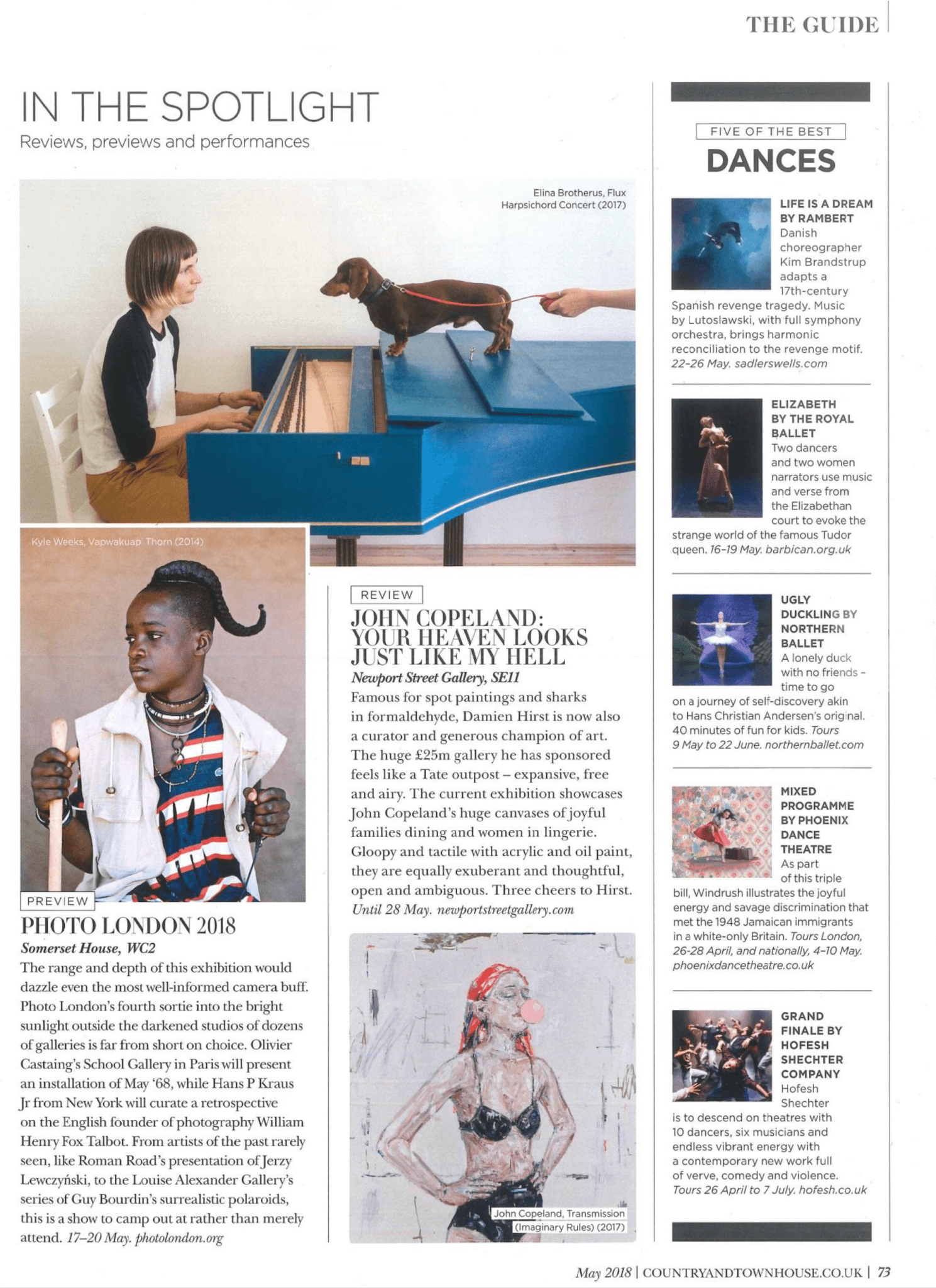 Robert Bound has written two pieces for Monocle. In an interview with Es Devlin, they discuss her projects, influences and the way in which she works. The article highlights that Devlin also works on solo projects and will be showing her new work Mask made up of a film playing over a relief map, and hands tearing at buildings which appear to made of clay at Photo London. In a question about whether or not Devlin can think without a pencil in her hand, she outlines the work she is creating for Photo London and states that it is a follow up to another work she has made called Mirror Maze.

In another article for Monocle, Bound begins his piece by discussing that the pop-up gallery Black Box Projects will be presenting work by Steve Macleaod and Liz Nielson at Photo London. The Co-founder of the gallery Kathlene Fox-Davies is quoted stating that Photo London is perfect timing for them to show what they are about. Bound also interviews representatives from five other galleries: IBASHO, TJ Boulting, Webber Gallery, Almanaque and Fahey/Klein who all discuss the artists and works that they are bringing to Photo London. 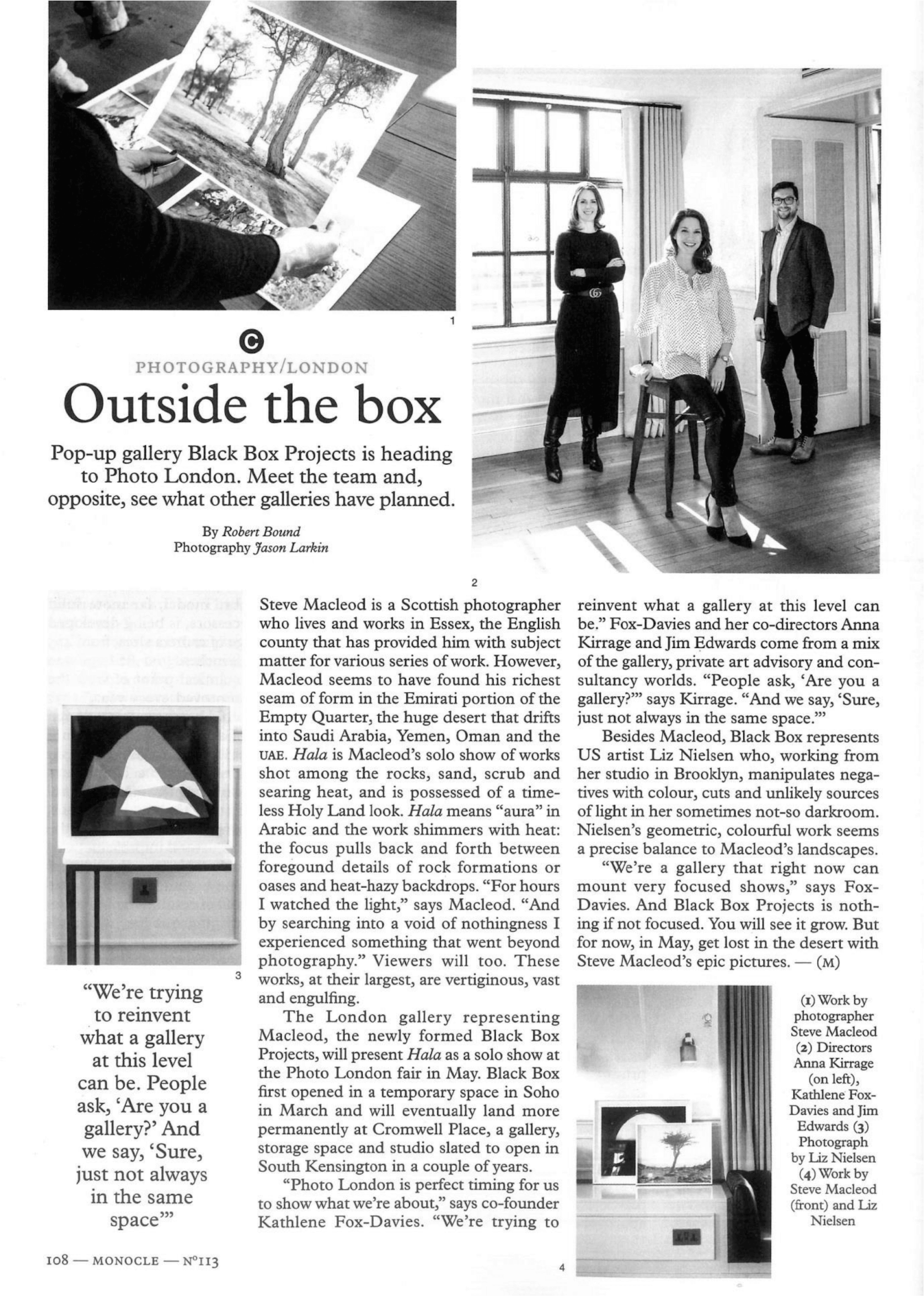 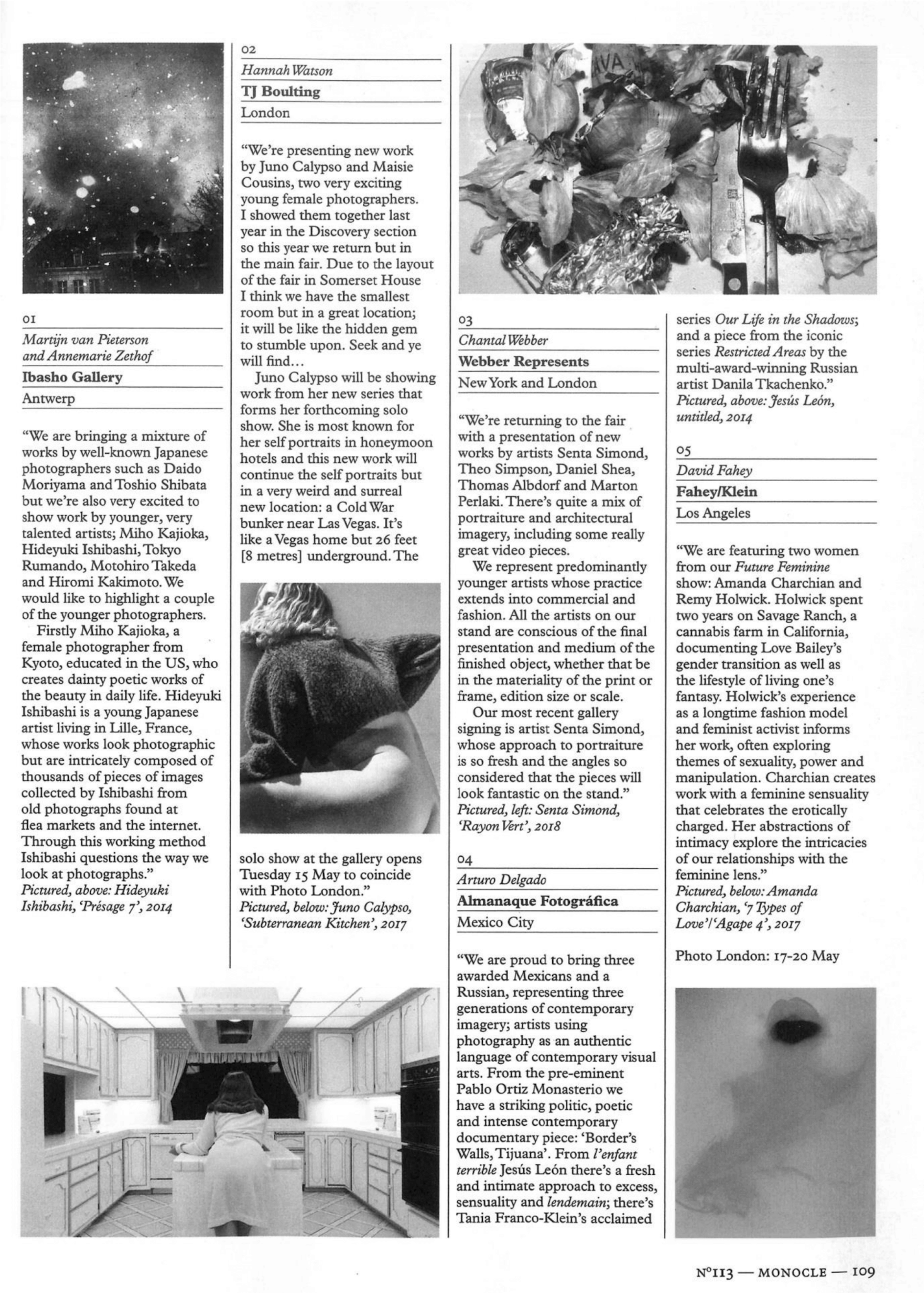 Square Mile preview Photo London, illustrated with two images by Gian Paolo Barbieri whose work is being exhibited by 29 Arts in Progress Gallery. The piece highlights that the fourth edition of the fair will showcase the very best of the past, present and future and will offer an opportunity to explore work by established and emerging artists. The article also outlines the images by Gian and says that if you want to see more, his iconic images will be on display at Photo London 2018. 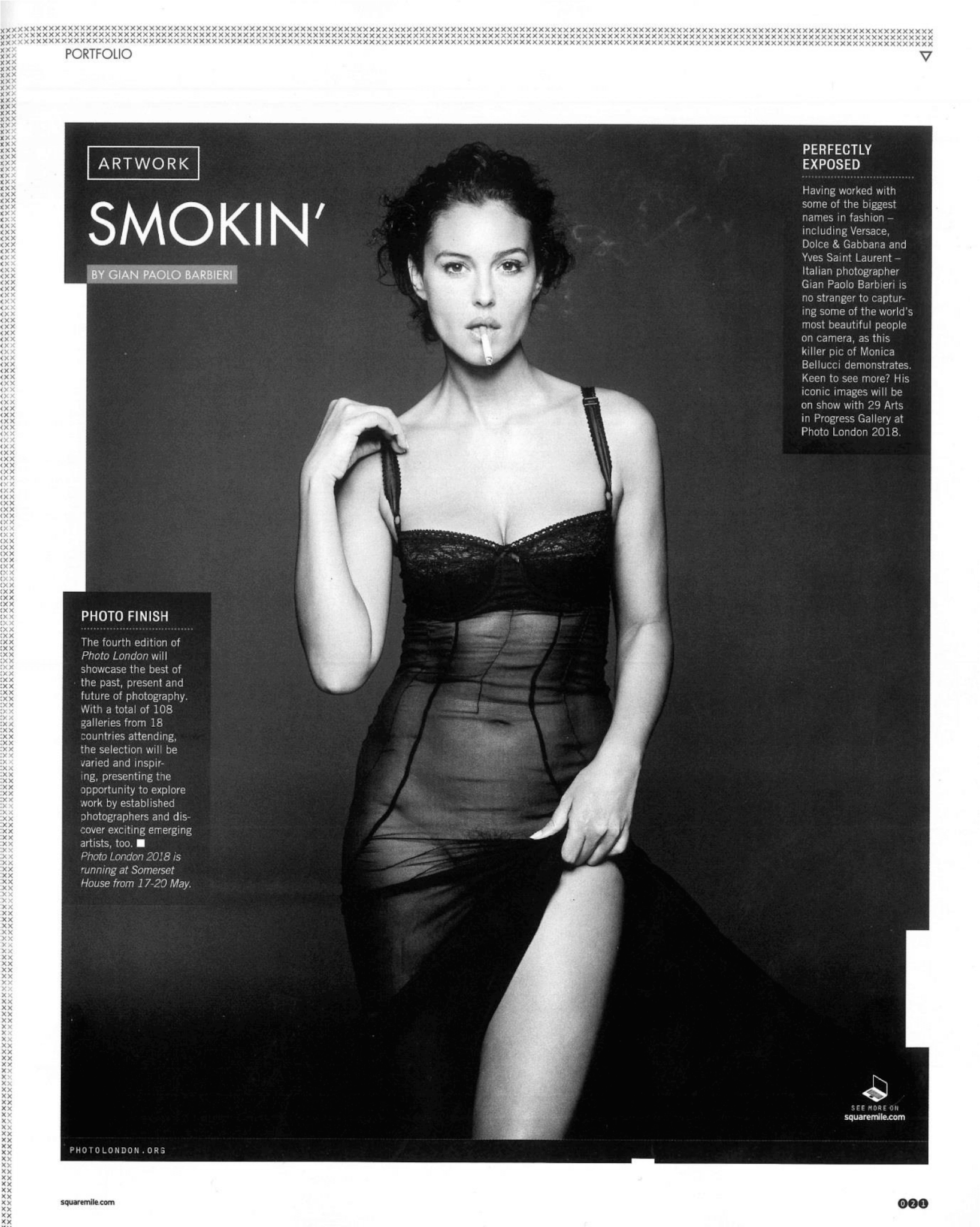 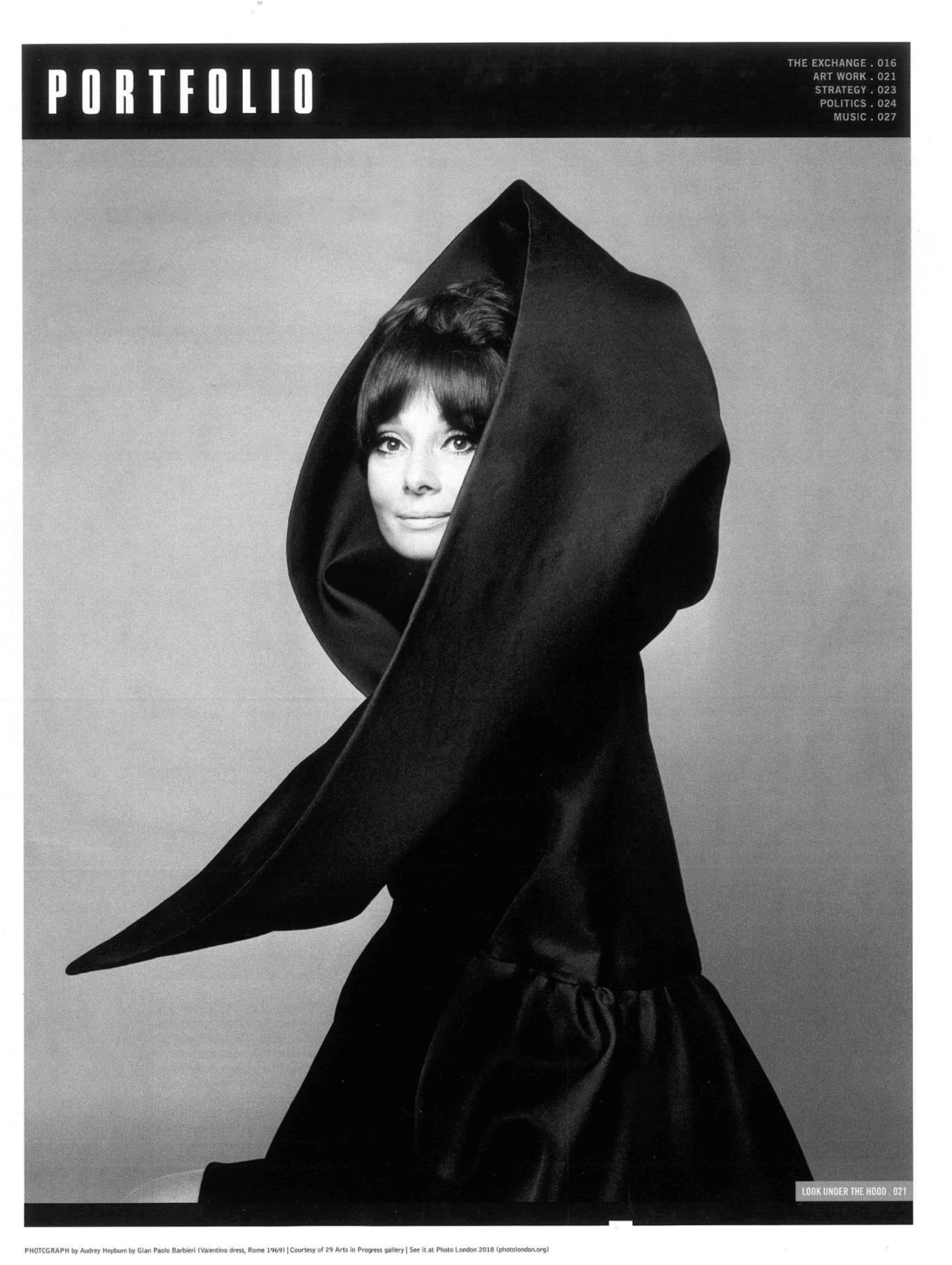